Letter to My American Friends Written in 2001

Posted on September 11, 2014 by Tihomir Kukolja 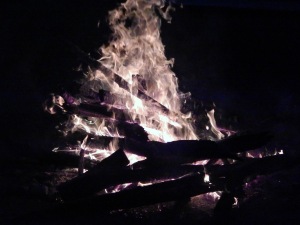 At this time thirteen years ago I wrote this letter to a group of my American friends:

Like you I too am overwhelmed with the tragedy that struck the United States in the form of a vicious terrorist attack. Even now, I cannot help but continue to reflect upon the consequences that are emerging from this incomprehensible tragedy.

I am still shocked by its extent. The pain of the thousands of relatives and friends who lost their loved ones moves me deeply. I condemn the barbarian act of cruelty that had inspired a group of murderers to kill the thousands of innocent people. There is no human or divine justification for such an act of cruelty whatever the motives. I pray that those responsible will be called to account.

But I am concerned, too. When I see the multitudes of Afghani refugees, hungry and homeless, surviving under humiliating living conditions — men, women and children suffering circumstances beyond their control, seeking safety in an unsafe neighborhood, I wonder if our global conscience will be pacified solely with the tones of humanitarian aid. And when I hear about incidents that involve people quick to categorize others on the bases of their race, skin and religion, I pray that God may grant us all minds renewed by the Spirit of Christ, who has embraced everyone regardless of our ethnic, racial, cultural and religious differences. The very character of Jesus speaks powerfully against any jihad or holy war, including those with the Christian overtones.

Only yesterday, I received an email from a good friend of mine, an educator who has worked for the past five years as the principal at a Christian educational institution in Pakistan. Last week, he and his family, like many other Western professionals, had to leave Pakistan abruptly. I believe he would understand my need to share a few lines from the email he sent to a group of his friends:

“We have left Pakistan with mixed feelings. Yes, we had to get out due to the unfortunate circumstances precipitated by the events in the USA. Yet we feel so deeply for the people we left behind. In the process of departing once again the truth about humanity has been confirmed. There are wonderful people, everywhere Christians and Muslims, male and female. We were not prepared for the outpouring of the genuine love and affection (mixed with fears and feelings of insecurity) from the people we have served for the past four years. Many tears have been shed. Written, verbal, and all sorts of other, culturally peculiar, expressions of affections have been given to us. In such a short period of time and in such measure, it is difficult to accept it all and process it though our hearts. Our Muslim friends have demonstrated that there are people who are able to show respect and acceptance no matter what. We said goodbye like brothers. We should never “box-in people” into predetermined categories.”

The events of September 11 will leave long-lasting scars in many ways; not only on global politics, but also on how many understand civil, human, religious and other individual rights and freedoms. I cannot help but think of a question posted at CNN.com last week, which (from memory) went something like this: “Would you be willing to have your personal freedoms limited if doing so would bring an end to terrorism?”

Is this the only alternative we are about to face in the coming days and years?

Ever since September 11, I’ve been asking myself: What have I learned from the many different facets of this until-now unthinkable tragedy? Have I, as someone who had witnessed much of what happened in the former Yugoslavia since 1991, learned enough from our Balkan tragedy so that now I could offer some meaningful insights to our American friends who are going through the stages of shock, pain, mourning, anger and a strong urge to see justice done? How does a vision of Christ who has embraced all, including Muslims, influence the way I relate to other people today? Will I succumb to pressures that are urging me to embrace tribal mentality, or should I stand firm in retaining a sober and discerning judgment?

I have been meditating lately about the zealous biblical prophet Elijah. Hurt by injustice and indifference of people, overwhelmed by loneliness, anger and lack of direction, he ran into a cave expecting to see God unleashing the full extent of his vengeance against the source of the prophet’s frustration. While he was in the cave, a powerful wind tore the mountains apart, a strong earthquake shattered the land and a devastating fire hit the ground, but God was not in any of them. Instead, God appeared in a form of a gentle, calming, sobering, serene, inviting whisper. The ancient prophet learned that even in the midst of the most alarming circumstance, the quiet, gentle and sobering voice has more power than violence, aggression and vengeance.

In the days to come may God help us all to embrace each other more than ever before with an open heart.

1 Response to Letter to My American Friends Written in 2001