My God is Not Frankenstein 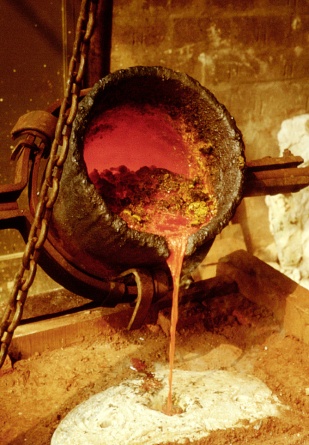 Contrary to the creepy, slow-moving ways Jesus’ miracles are often featured in popular movies that pretend at portraying His life and mission, whenever Jesus spoke the words of healing the miracles would follow instantaneously.

A blind man Bartimaeus “immediately recovered his sight”. Mark 10:52. A crippled man was able to walk the moment he was ordered: “Get up, take your mat and go home”. Mark 2:11. The dead man Lazarus walked out of his grave the moment Jesus called him “Lazarus, come out.” John 11:43. There was nothing Frankenstein-like or slow-motion-like about the authoritative summons of Jesus.

Jesus would not have been much of a Jesus had He depended on the time consuming process rather than a moment, to complete his miraculous acts of healing. The same goes with the mighty acts of creation in the hands of the powerful God of Creation. He would not have been much of a God had He depended on the ages long processes of evolution to fashion human beings finally “in(to) His image”, or align the galaxies of the Universe in the orderly fashion.

Honestly, why would I trust a god who is unable to create time, space, life and our universe at will, in a moment, and out of a perfect design born in His own mind? A god who is not able to surprise me by going far beyond the final frontiers of my imagination, who is chained by the limitations of my own mind, or who could be dismantled by the pop-scientists of our age, would not be much of a god at all. I do not want to place my hopes for the future in the hands of a god who looks more like Dr. Frankenstein – always experimenting, testing, trying, patching.

This is why I trust in the personal God of the overwhelming creative power, who is able to surprise me beyond my wildest dreams or imagination; and not in the theistic evolution or evolutionary creationism driven by a sloppy, distant god.

Only God whom my words are inadequate to explain and my mind too weak to embrace is worth following. He released His unimaginable power at the time of the Creation. Likewise, He did it at the time of Jesus’ resurrection. He will do it again soon, at the time of His Second Appearing – not through the process of a spiritual evolution, but in a brutally surprising, sweet and powerful moment, “in a twinkling of an eye” 1. Cor. 15:52.

No wonder Paul the Apostle exclaims: “What no eye has seen, what no ear has heard, and what no human mind has conceived, those things God has prepared for those who love Him.” 1. Cor. 2:9. My God does not depend on the patchworks of evolution to create and design. His powerful word is enough.

This is the bottom line. When our God speaks, instantly the worlds are called into existence, intelligent life is created, sick are healed, dead raised and the “new heaven and a new earth” summoned to replace the old.